The Simons Shrine: Testimony to unique treasure art in Rhineland-Palatinate.

BENDORF-SAYN. -psi- For the "Sääner", the Simons shrine simply belongs to the abbey church. The saying "It does not become rather warm, before Simons arm is shown" is always in the memory for them. Now with Professor Dr. Wolfgang Schmid from Winningen an excellent expert could be won, a completely special book over the Simonsschrein and the large history around it to write, complex investigated, excellently layoutet, richly illustrated. The managing director of the sponsoring association, Jürgen Mosen, presented the new work in the abbey church after the Sunday mass on the third Advent, thanked all the helpers and sponsors, and gladly gave the floor to the author, who gave an excellent talk about the shrine, its historical classification, its accompanying history, restoration, and impressive craftsmanship. His work, which could be purchased signed, ranges from the history of the Counts of Sayn to the pilgrimage visits to Sayn, pilgrimages and the special significance of the shrine of the Apostle Simon. The fact that the shrine of Simon could be seen "up close" on the church altar was a special and almost unique opportunity to get "closer" to the reliquary. The interest was great. The new work also turns to the architectural history of the abbey, illuminates the history of the Counts of Sayn and the Crusades. Restoration also takes up a special chapter. Only three churches in Rhineland-Palatinate possess works of medieval treasure art: Trier Cathedral, St. Matthias Abbey, and the abbey church in Sayn with the Simon shrine. The new work is particularly worth reading and is another documentation of local, special history.

- psi- The Förderkreis Abtei Sayn is about to publish another book under the title "Der Schrein des Apostels Simon in Sayn. Saint veneration, treasure art and politics around 1200.". The historian Prof. Dr. Wolfgang Schmid from Winningen could be won as the author. The book cover was designed by board member Tom Moog. The 352-page work will be richly illustrated and will offer information about the reliquary. If everything goes as the Förderkreis activists envision, printing should be completed in the first week of December. The public book presentation is planned for Sunday, Dec. 15, 2019, following Mass in the abbey church. There, in the church with exhibition of the shrine on the altar, Prof. Dr. Schmid will make remarks about the book. This will be followed by a small reception. Only on this day the book will be sold at a subscription price of Euro 18, if desired with dedication of the author. Otherwise the book will be available for Euro 19,50.

About the content: Around the year 1200, the Hohenstaufen-Welfish throne dispute divided the empire. Christianity unsuccessfully tried to conquer the Holy Land in several crusades. During these years, the precious relic, the arm of the Apostle Simon, arrived at the Premonstratensian Abbey of Sayn, which had been founded shortly before. The canons commissioned a precious reliquary which, with its eighteen rock crystal windows, is a key document in the history of the goldsmith's art. The new book places the Simon shrine in its ecclesiastical-political and piety-historical context and places it in the context of related works in Trier, Cologne and Aachen.

District Administrator Dr. Alexander Saftig, who is also the chairman of the Sayn Abbey Association, writes: "As a historically evolved cultural landscape in the heart of Europe, the district of Mayen-Koblenz possesses a large number of important art and cultural monuments from Roman times, the Middle Ages, modern times and the present. Preserving them, researching them and making the collected knowledge accessible to an interested public is a great challenge. Two important pillars of our cultural work are sponsoring associations and volunteers. Both are found in the Förderkreis Abtei Sayn and only in this way is the preservation of the buildings of the important Premonstratensian Abbey and its furnishings possible.

An important measure in 2015/16 was the restoration of the Simons Shrine, which is a precious work of goldsmith art of the early 13th century. Originally, its 18 windows were sealed with rock crystal plates, making the Simon shrine a key document in the history of medieval reliquaries. After completion of the restoration, which was supervised by the Office for Ecclesiastical Monument Preservation in Trier, a colloquium was held in Sayn Castle in 2016, at which the restorers presented their findings and results to numerous experts.

Unfortunately, the planned publication did not materialize, and so it is a stroke of luck that the historian Prof. Dr. Wolfgang Schmid decided to turn his introductory lecture into a book about the Simons Shrine. He circles this work of medieval treasure art in ever larger concentric circles, so that he can place it in its territorial and ecclesiastical-political as well as art and piety-historical contexts. A much too little known work of art is thus put into perspective.

Such a work is only possible if it finds numerous supporters. With Dietrich Schabow, the best connoisseur of the monastery history could be won, who made the treasures of the parish archive accessible. Together with Jürgen Mosen, he repeatedly took the shrine out of the safe and discussed his observations and text with the author. A great support was the goldsmith Michael van Ooyen, who provided his results obtained during the restoration and numerous photos. The fact that other restorers, numerous professional colleagues of the author and, last but not least, the picture archives in Trier, Cologne and Limburg emphatically supported the project should also be gratefully mentioned."

The author, born in 1957 in Kusel, studied history, art history and political science, was appointed professor at the University of Trier. He has published numerous books and essays in the meantime. With the work about the Simons shrine, another important work is added. Since 2007, Prof. Dr. Wolfang Schmid has opened his own office for historical research in Winningen. 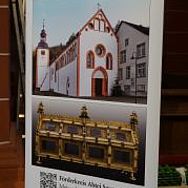 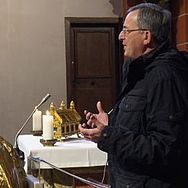 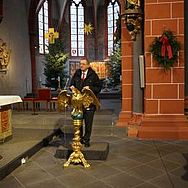 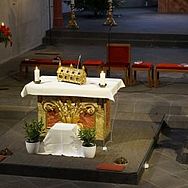 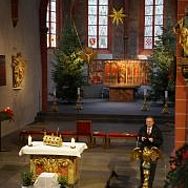 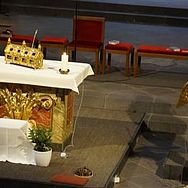 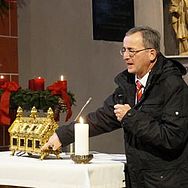 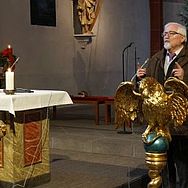 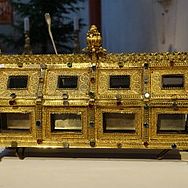 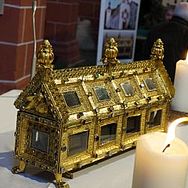 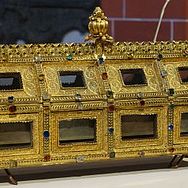 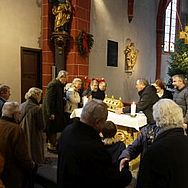 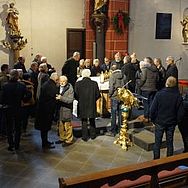 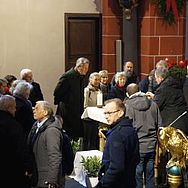 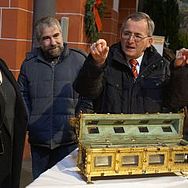 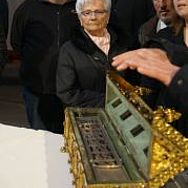 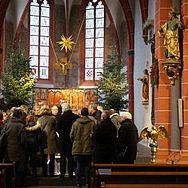 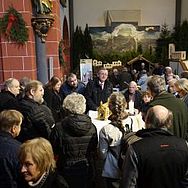 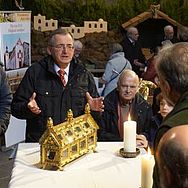 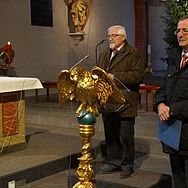 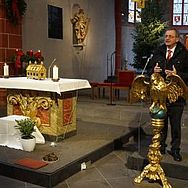 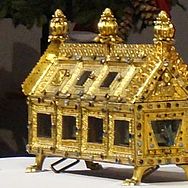 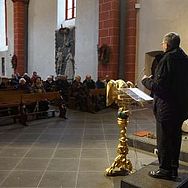 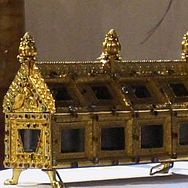