In addition to Bendorf, Mülhofen and Stromberg Sayn is a part of the town community of Bendorf.  It is located 8 km to the North of Koblenz in the so-called Neuwied basin, at the estuary of the Sayn brook in to the Rhine. Sayn and Mülhofen became part of Bendorf in 1928, Stromberg in 1974.

The town area is mainly centered in the basin, Stromberg above it. The oldest part of Sayn in the narrow valley of the Brex brook is surrounded by the outskirts of the approximately 100 m high Westerwald region and with the main fortification of the Earls of Sayn towering over it. In the palace park the Brex brook joins the Sayn brook. The Sayn abbey can be found on the valley’s inner side at the exit of the town, outside the area that used to be surrounded by a wall, on the banks of the Brex.

Traces of settlements from the days of Hallstatt- and  Là-Tène-period can be found. In the 1st Century A.D. the Limes arose leading over the heights and crossing the Sayn valley (there is a reconstruction of a watch tower on the Pulverberg).

In 1152 the Earls of Sayn ascribed the fortification and town to the fiefdom of the Archbishop of Trier. On account of this it was integrated into the ecclesiastical state of Trier in 1606. Sayn has always belonged to the diocese of Trier whose head was the Archbishop and Prince Electrorate of Trier.

The town of Sayn is well connected to the main traffic routes in the region and since the middle of the 19th Century has been a tourist attraction. Since the 18th Century it has been more industrial than agricultural. The casting house of the Sayn Foundry is a monument of national significance and a witness of the earlier iron industry. 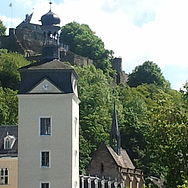 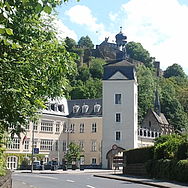 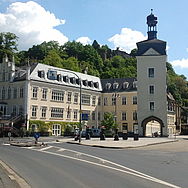 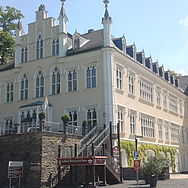 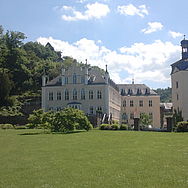 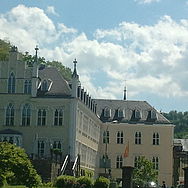 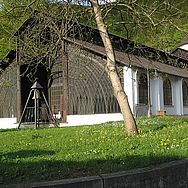 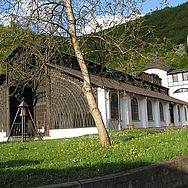